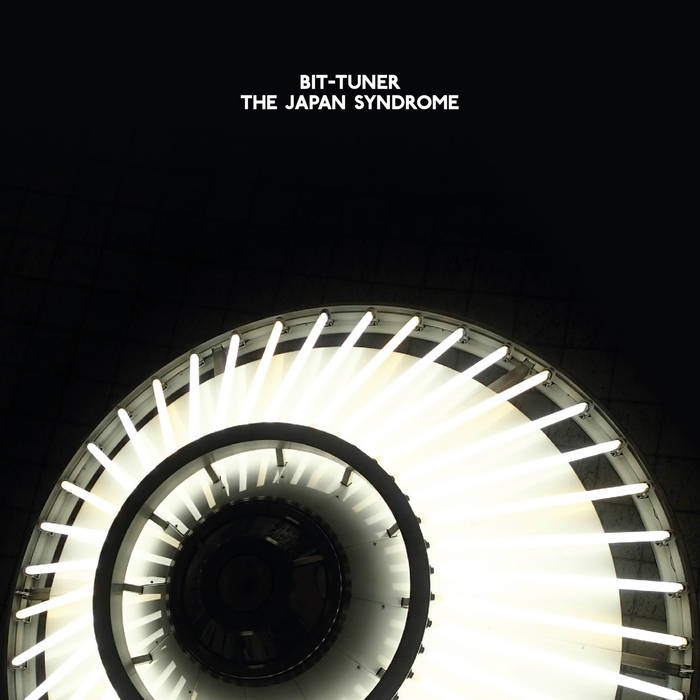 RECORDED AT ZURICH'S HELSINKI KLUB, IT'S A FRAGMENTARY SNAP SHOT, A RAMPANT AUDIO(VISUAL) TRIP THROUGH JAPAN'S LARGEST CITIES, THAT BIT-TUNER VISITED IN SPRING 2013. THE SWISS PRODUCER CAPTURES THESE CITIES VIA FIELD RECORDINGS TO THEN TRANSFORM THE FOUND SOUND INTO HIS CHARACTERISTIC DARK BEATS AND MINIMALISTIC SOUNDS.

The latent humming of Osaka, rumbling old train cars, threatening sounds of police helicopters and ravens on their low flying rounds over the parks of Tokyo. These are the sounds Bit-Tuner elaborately stacks to a slowly and heavyly resonating sound counstruct. Doing this, he picks up a chapter of the emergence of electronic music and simultaneously demonstrates how organic the body of his music is, despite its absolute digital composition.
«The Japan Syndrome» pulls the listener through the gloomy alcoves of a country that seems to be well known to us. Still, Bit-Tuner creates the sinister feeling that arises when one stands at the deep cliffs between cultures.
In June 2013, Bit-Tuner recorded «The Japan Syndrome» live at Zurich's Helsinki Klub, where he works on new material regularly within his residency. Accordingly, this album is influenced by a singular Swiss musical institution. The album's live synthesizers and minimal beats give it an athmospheric denseness, that works just as well in a club at 3am, as also on the following early evening in the shaded bedroom.